There were many factors that contributed to the forming of a Serb national identity by the dawn of the nation-building 19th century. These are all largely based on three key legacies that can be traced back to the Middle Ages.

There is also an organic link between these three factors. The first bridge was largely provided by St. Sava early in the 13th c., when he managed to finally entrench Eastern rite Christianity and its values firmly on the Serbs, Thus, by establishing a nationally integrated Church, they provided a complement to, and a firm foundation for the State that adjoined it. The second bridge was secured by events at the twilight of that state, centered around the Battle of Kosovo, and their moral and spiritual legacy. Rooted in the second phase, these events created a basis for maintaining that legacy in the altered conditions of foreign yoke, while providing a lasting moral value system, and maintaining a note of understated Christian optimism.


This timeline of events lines up Serbian events with important world ones.Start Reading

According to Porphyrogenitos, Serbs originally used to live in what was called White Serbia (neighboring White Croatia) in present-day Poland; then, in the early 7th century, half the population migrated to the Balkans under the leadership of two brothers. There, after some indecision, they accepted emperor Heraclius' invitation to settle in a broad area of the central peninsula, called "Baptized Serbia" - probably in reference to early attempts to convert them to Christianity.

Early on, Serbs created several loose state entities: the region of Neretva (Pagania) between rivers Neretva and Cetina, with the islands of Brac (pr. brahch) and Korcula (KOR-chu-la); Zahumlje (ZAH-hoom-lye), between Neretva and Dubrovnik, with the island of Mljet (pr. mlyet); Travunija (trah-VOO-nee-ya; related to the town name Trebinje) and Konavle between Dubrovnik and Boka Kotorska Bay; Duklja (DOO-klya; later called Zeta, then finally Montenegro), between Boka and river Bojana (BO-ya-na); further inland, Raska (RAH-shka) and later Bosnia (between the rivers Drina and Bosna).

Serbian history throughout the Middle Ages closely parallels that of the Byzantine Empire which at different times acted as a mentor, ally, and foe of Balkan Slav nations including the Serbs. Indeed, the Byzantine heritage that permeated this millennial intercourse allowed Serbs to share in, and eventually contribute to the civilization Sir Dimitri Obolensky calls the "Byzantine Commonwealth". Serbian cultural treasures from this era are indeed plentiful. Most often they are reflected in the centers of spiritual life - the medieval Serbian Orthodox churches and monasteries, with their sublime appearance inside and out - and with the values promulgated and treasures preserved within them: principally frescoes, icons, and other objects of fine art, ecclesiastic, biographical and legal manuscripts, and literary works. 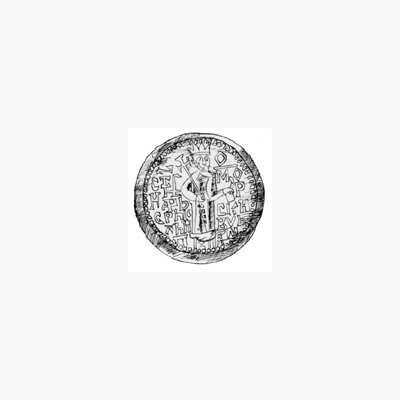 Despite serious research that has been continuously performed on the subject since the mid-19th century, Serbian medieval numismatics remains both rather obscure and inconclusive on many issues. There is no consensus, say, on the attributions (to rulers), mint dates, or interpretations of various symbols ("mint-marks") for a great many of the coin types, which adds a dose of mystery to the subject.
VIEW PRESENTATION 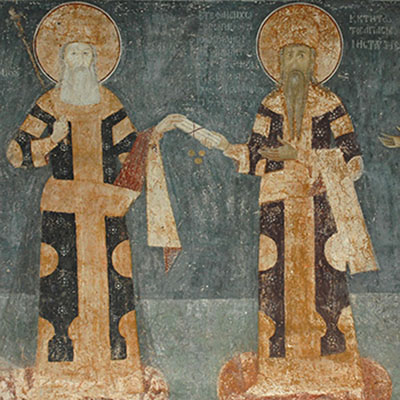 Since their first arrival on the Balkan peninsula early in the 6th c. and definite emergence on the historical scene, the South Slavs had their history and destiny inextricably tied with the Constantinopolitan state. Indeed, Balkan history throughout the medieval era (between late antiquity and the Ottoman invasion) closely parallels that of the Byzantine empire, which at different times acted as a mentor, ally, and foe of the Balkan Slav nations.
VIEW PRESENTATION 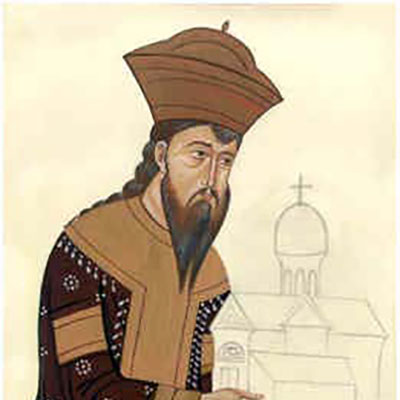 Serbian rulers' ceremonial costume emerged from its Byzantine counterpart at the very moment when Serbian rulers chose to get close to Byzantium, politically as well as in matters of religion. That costume clearly shows the manner in which governmental power was comprehended and considered at the time, while simultaneously being filled with profound religious meaning.
VIEW PRESENTATION