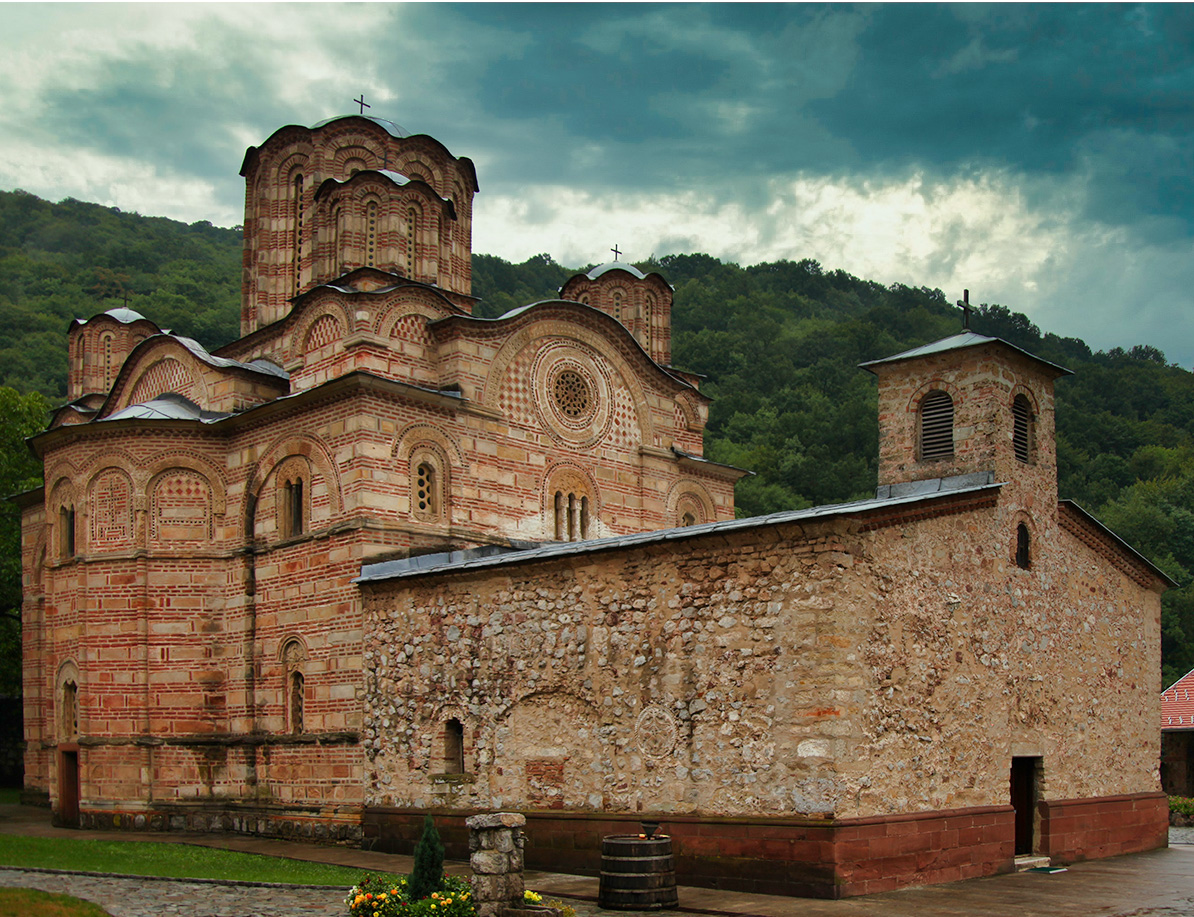 Built during the 1370s, Ravanica is the main endowment of the famous Prince Lazar, where he was buried following his death in the battle of Kosovo. Since then, Ravanica has been a pilgrim's destination and an important center of cultural activities and the Serbian people's assemblies. The monastery has been damaged by the Turks several times, in 1386, 1398, and 1436. In the great war following the second siege of Vienna, a number of monks got killed and the rest of them took the relics of the canonized Prince Lazar and withdrew in face of the Ottoman's offensive in 1690. Only in 1717 was the sole survivor among the monks, teacher Stefan, to come back to Ravanica and find the monastery looted and deserted. With the help of local inhabitants he restored the monastery and built a new narthex. However, the site suffered repeated assaults during the Serbian revolution at the beginning of the 19th century. The new restoration took place in the middle of the 19th century. During World War II, Germans damaged the monastery one more time, and detained, tortured, and killed its archimandrite Makarije on February 24th, 1943.