BLAGO in Gradac and Nova Pavlica 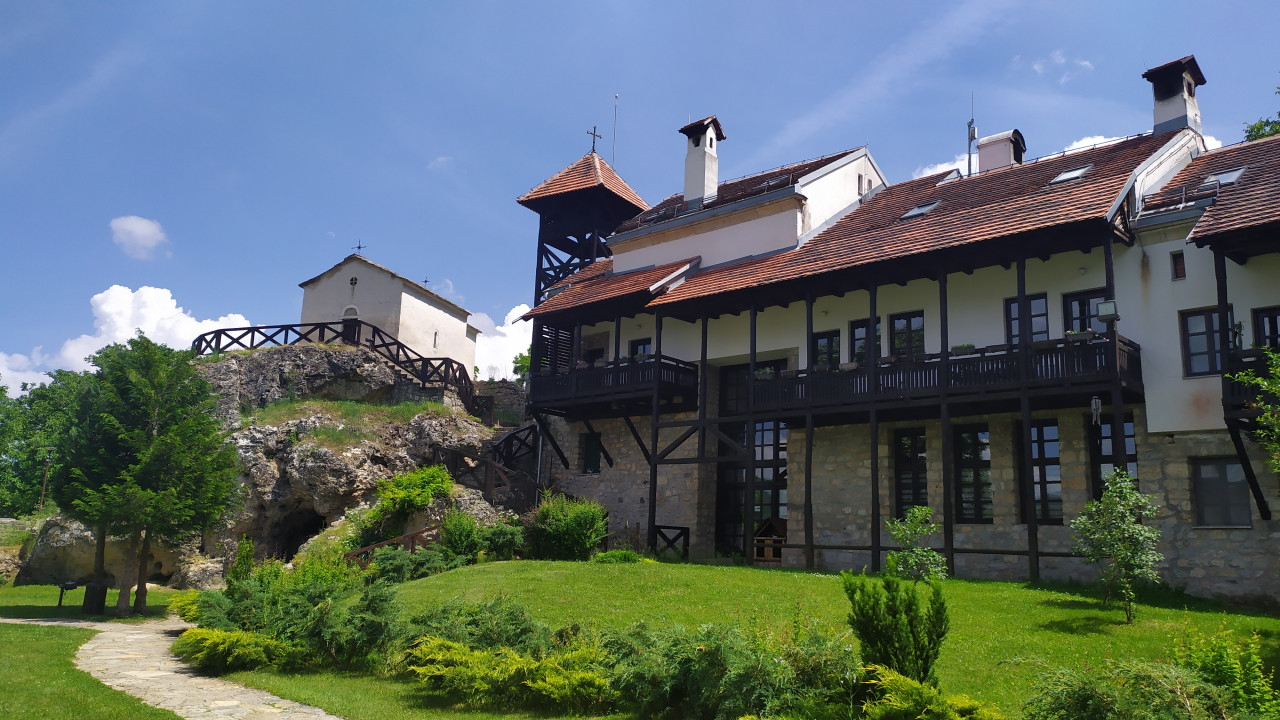 Despite several setbacks, rescheduling, and plan changes, the members of the BLAGO Fund team managed to visit the monasteries of Gradac and Nova Pavlica this last June.

Some 15 km apart, situated on the slopes of the beautiful mountain Golija, these monasteries are located in southwestern Serbia, Raška district, close to the old town Brvenik.

Considerably smaller crew than initially intended, consisting of Ljubomir and Vesna Medenica, Branko and Zoran Jovanović, first headed toward the thirteenth-century monastery of Gradac, the endowment of Queen Helen of Anjou. As technology has significantly improved since 2008, when our team first visited the monastery, this year's collection will be a great improvement to the already existing one on the BLAGO website. 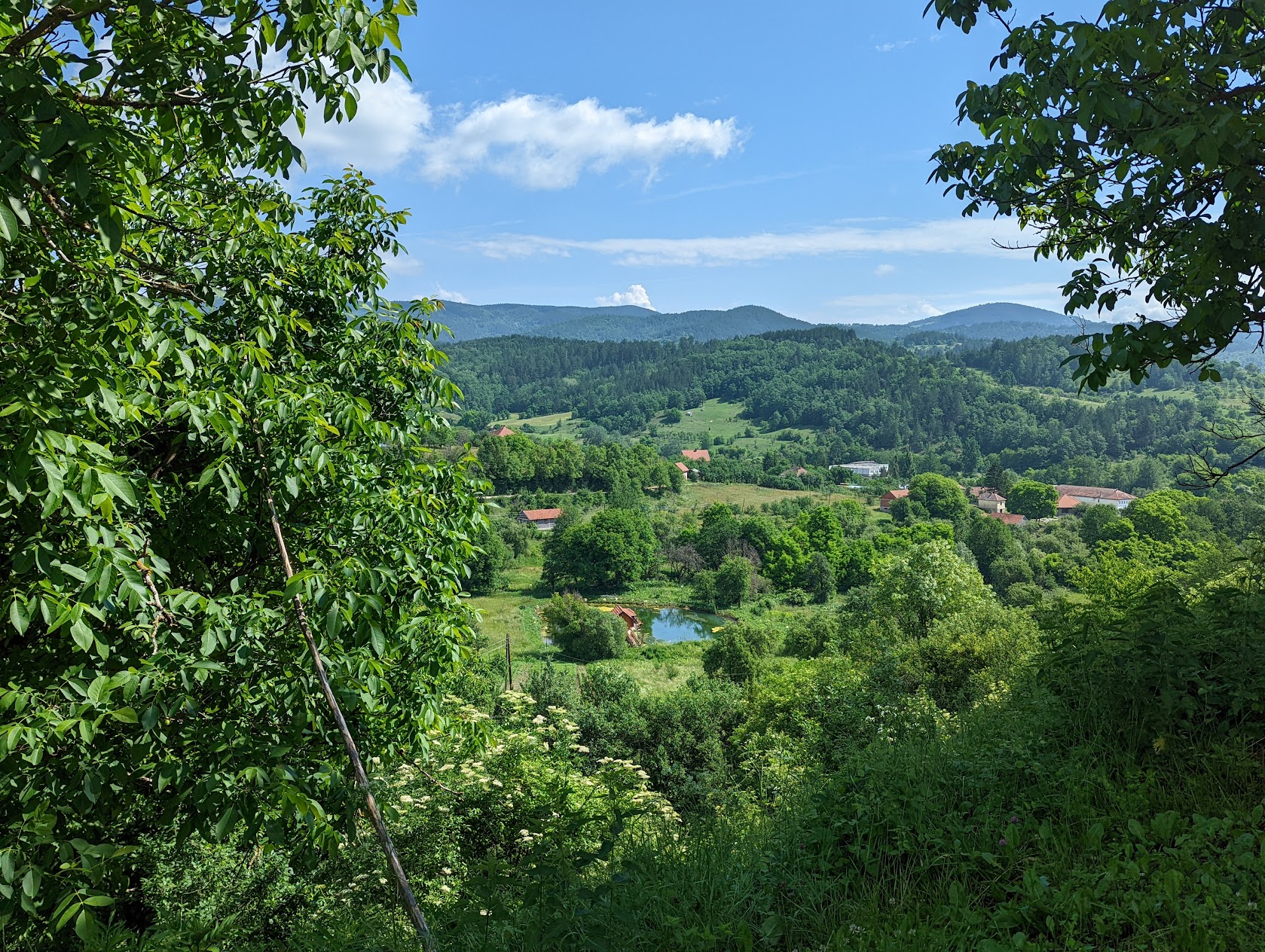 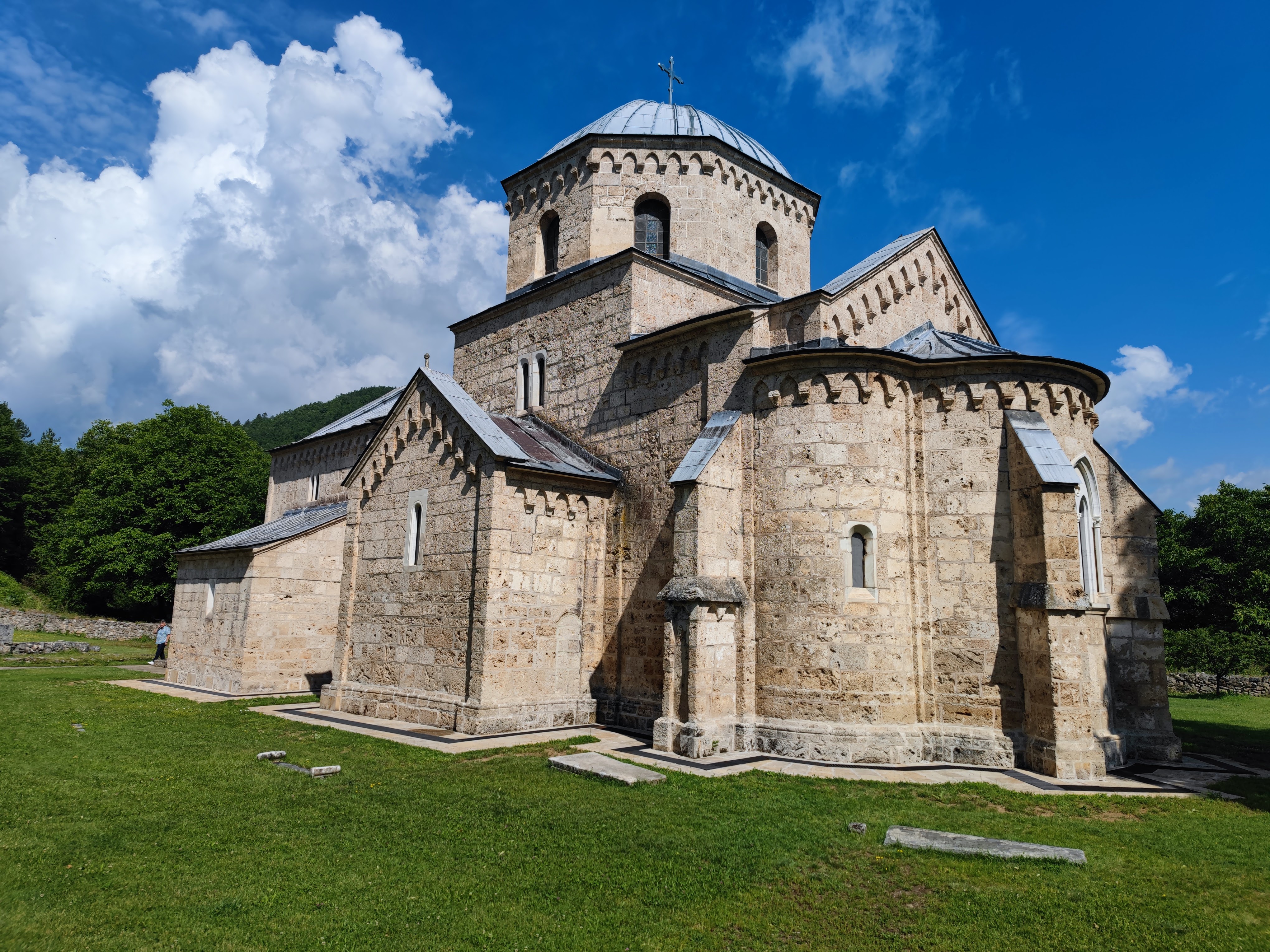 Upon arrival, after taking some photographs of the exterior of the church of the Annunciation and the courtyard, the team set out to the village of Rudno, where they were greeted by their hosts, Marija and Aleksandar, at whose inn "Vidovdan" they stayed for the next three days.

The following morning brought unexpected difficulties, as there were issues with the car that wouldn't start. Luckily, with the help of a local mechanic, Rasko, the team could get going and reach the monastery of Gradac.

There, they were greeted by the nuns and abbess Nina, who offered great hospitality to our crew members, despite the ongoing preparations for "Days of Saint Helen" that would take place at the monastery the following week. With the help of men working at the nearby building site, the team was able to assemble and set up the scaffolding inside the church of the Annunciation, where our photographers, Branko and Zoran, would document the remaining fresco painting. After the entire day of work, the team was invited by Rasko and his family for dinner at their house, where they could see the paintings of his son, Dragan, which are mostly inspired by local monuments and natural surroundings. 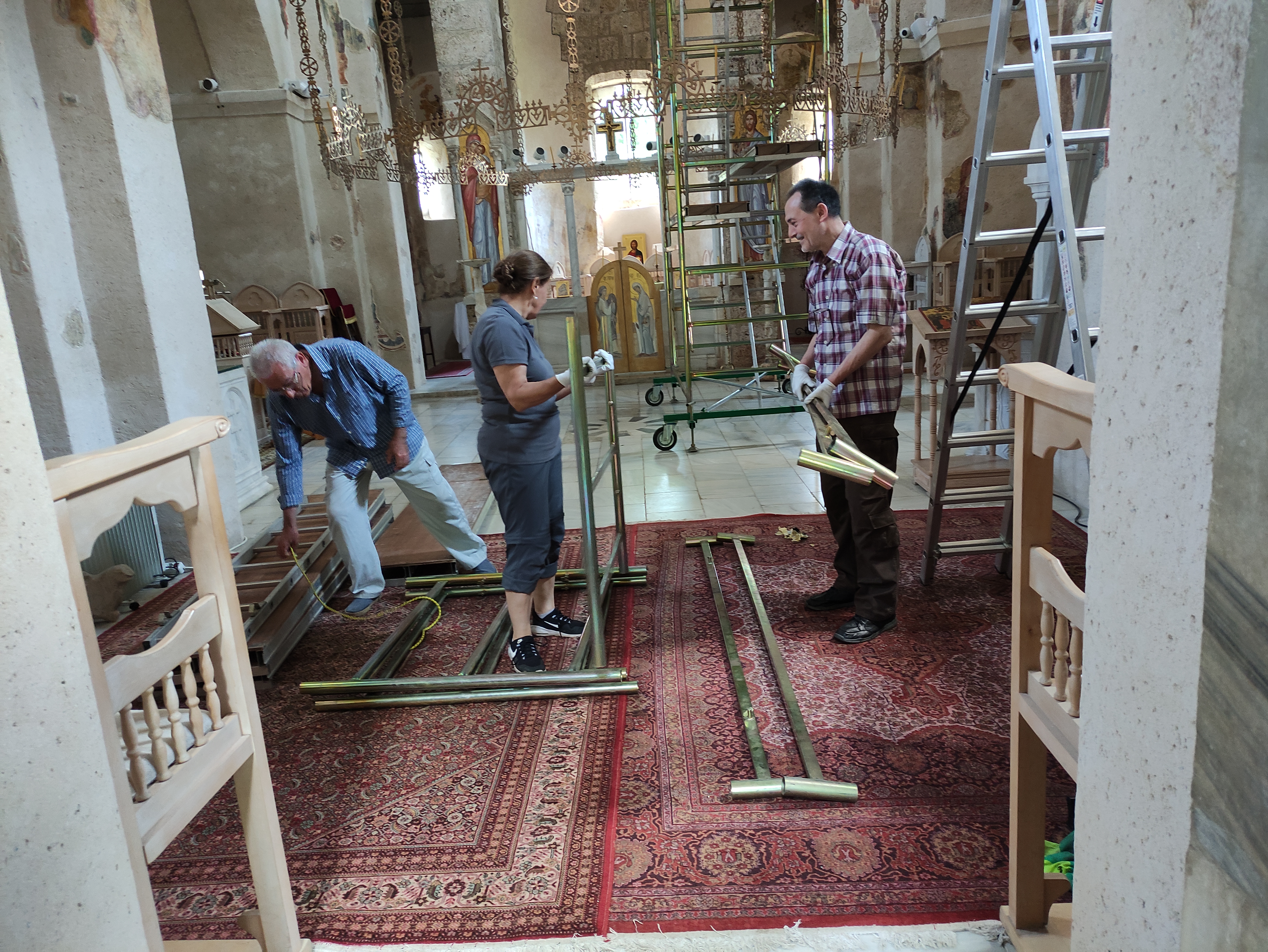 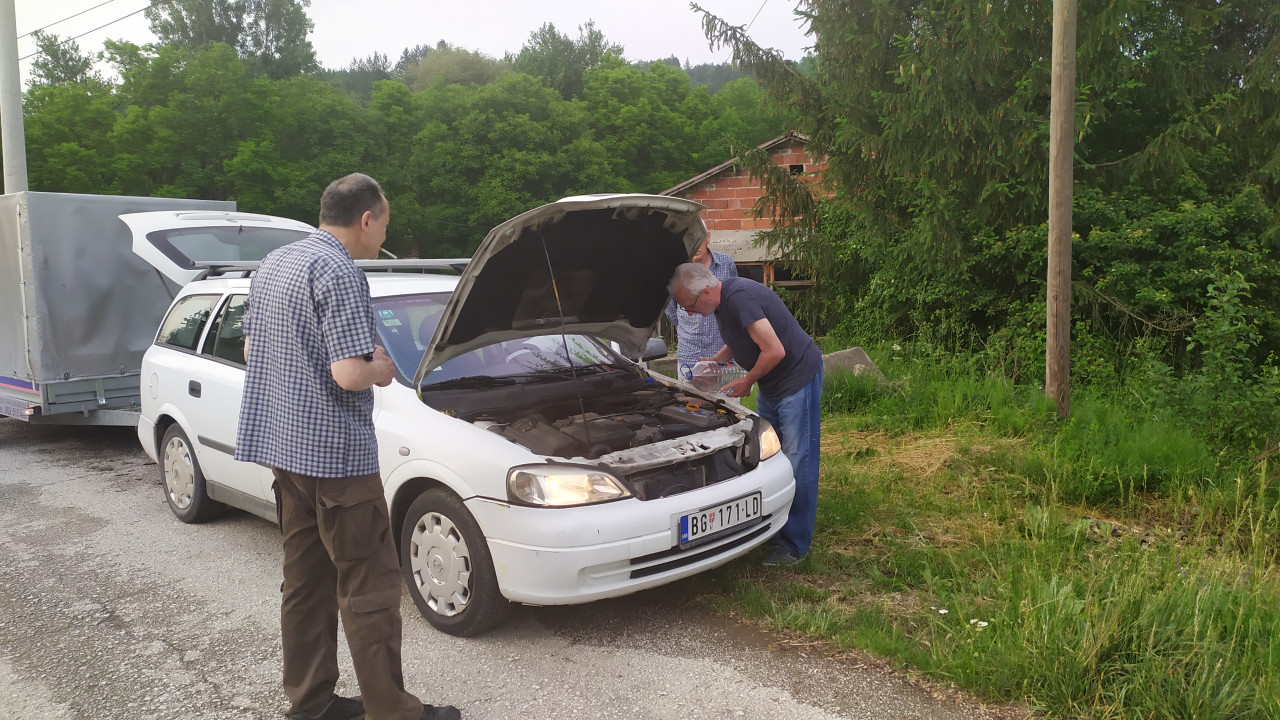 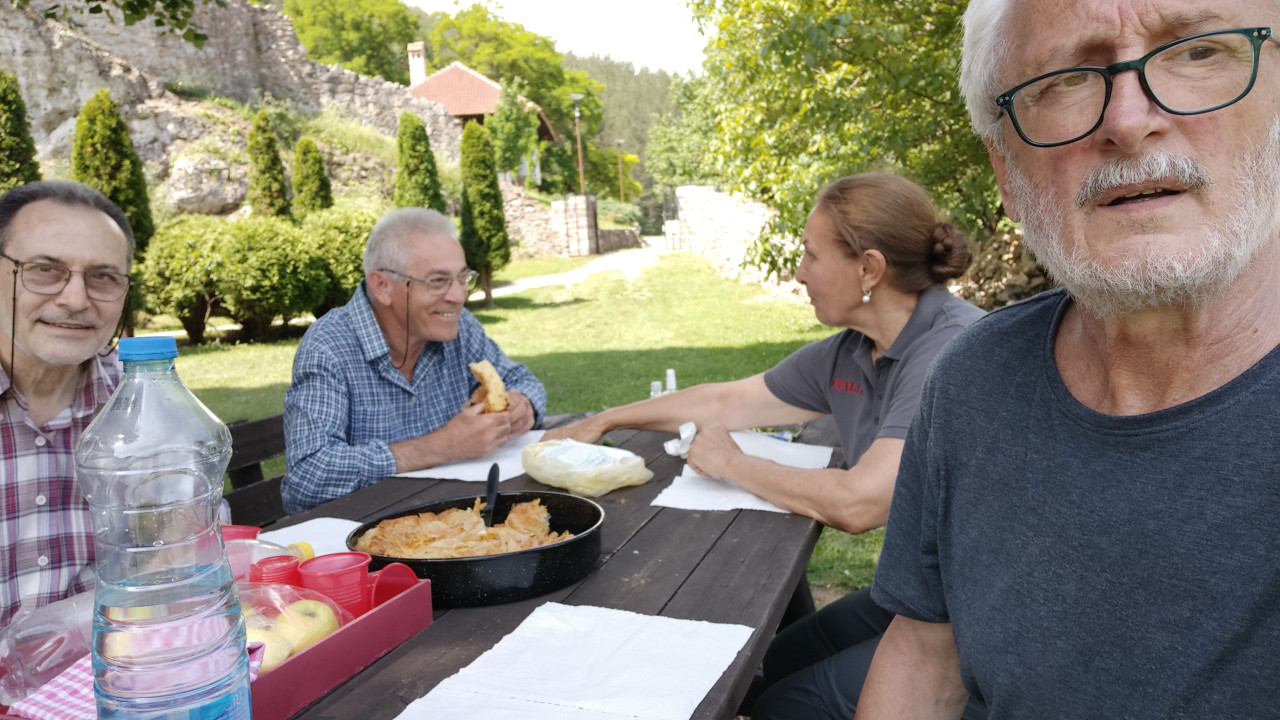 As they had spent a wonderful evening, the team was ready to tackle the remaining work the next day with even more enthusiasm, finishing the photographing of the painting and architecture of the small church of Saint Nicholas and other monastery buildings. They were later joined by Nenad and Jelena Vukićević, who made the work more expeditious as now more shooting could be done side by side. After dismantling the scaffolding in the church, finishing the recording of the VR, and making drone footage, the team retreated to the village of Rudno, where they would say goodbye to their hosts and prepare for the next day and the journey to the monastery of Nova Pavlica. 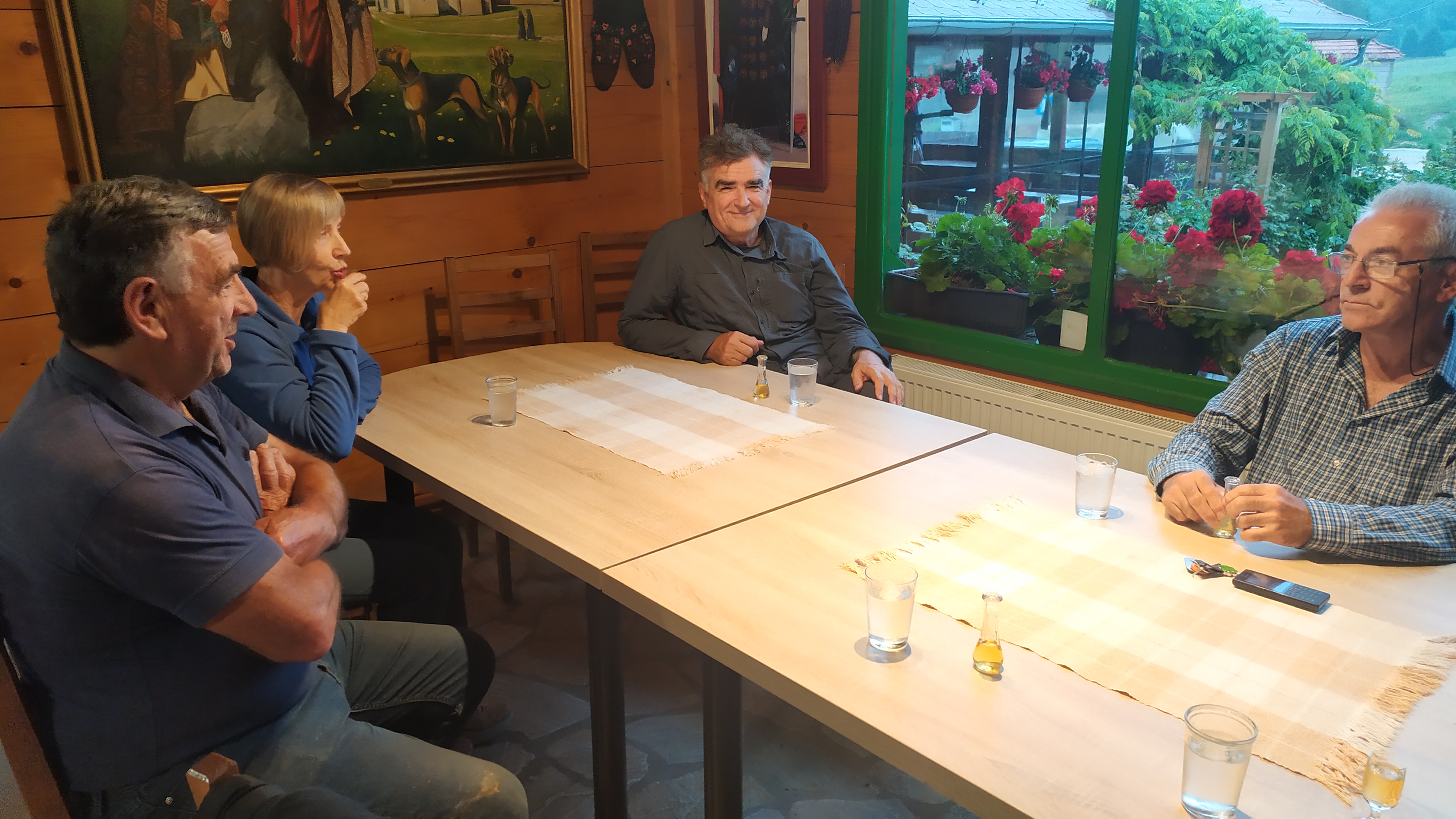 There, the team was welcomed by Father Radovan, the priest serving at the fourteenth-century monastery church of the Presentation of the Mother of God. The church is the foundation of the Musić brothers, in which their mother later took monastic vows and spent her last days. While one part of the team was working there, the other went to Stara Pavlica. The old church dedicated to Saints Peter and Paul has been dated to the 11th or 12th century and most likely predates the Nemanjić rule. 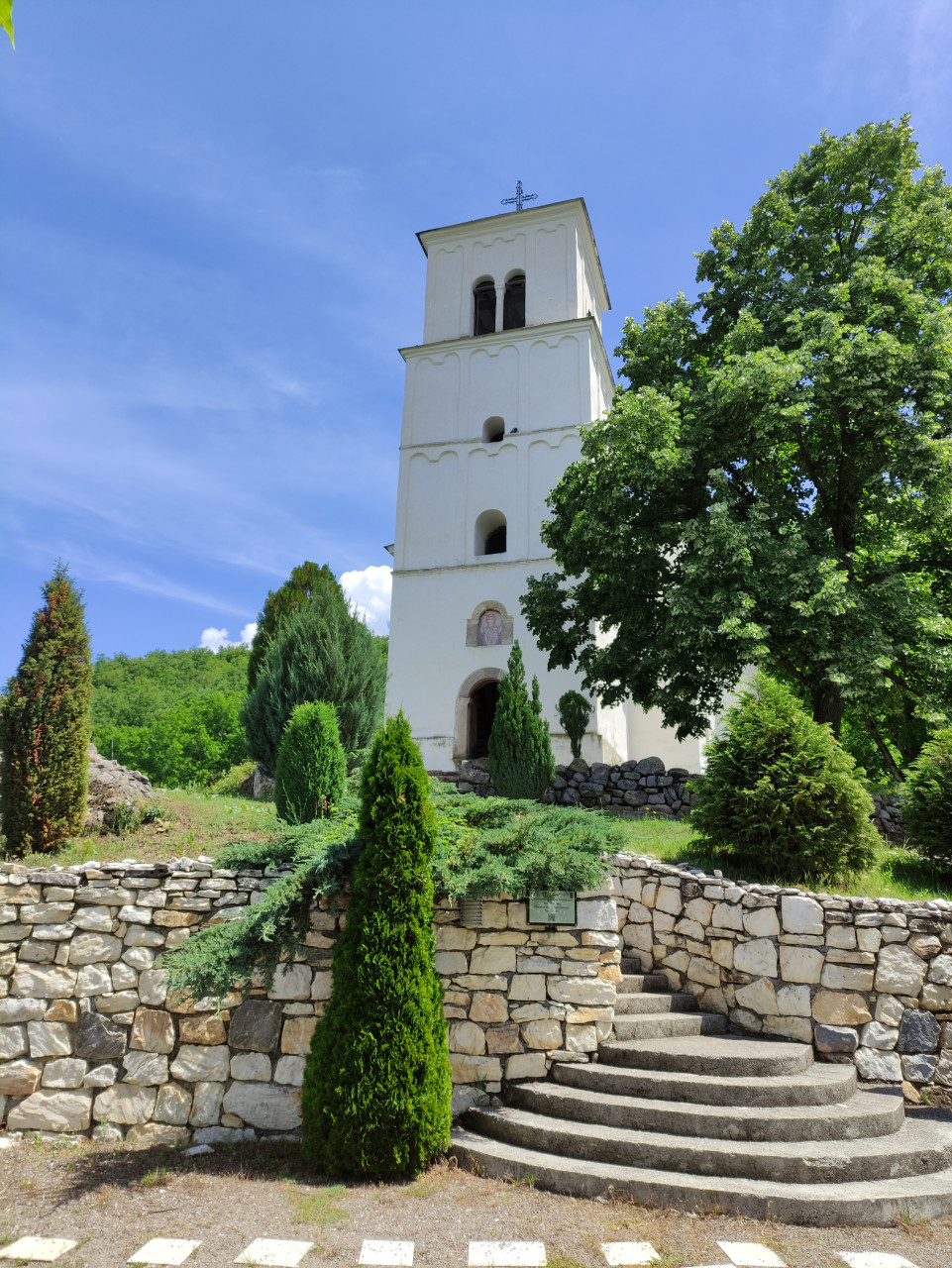 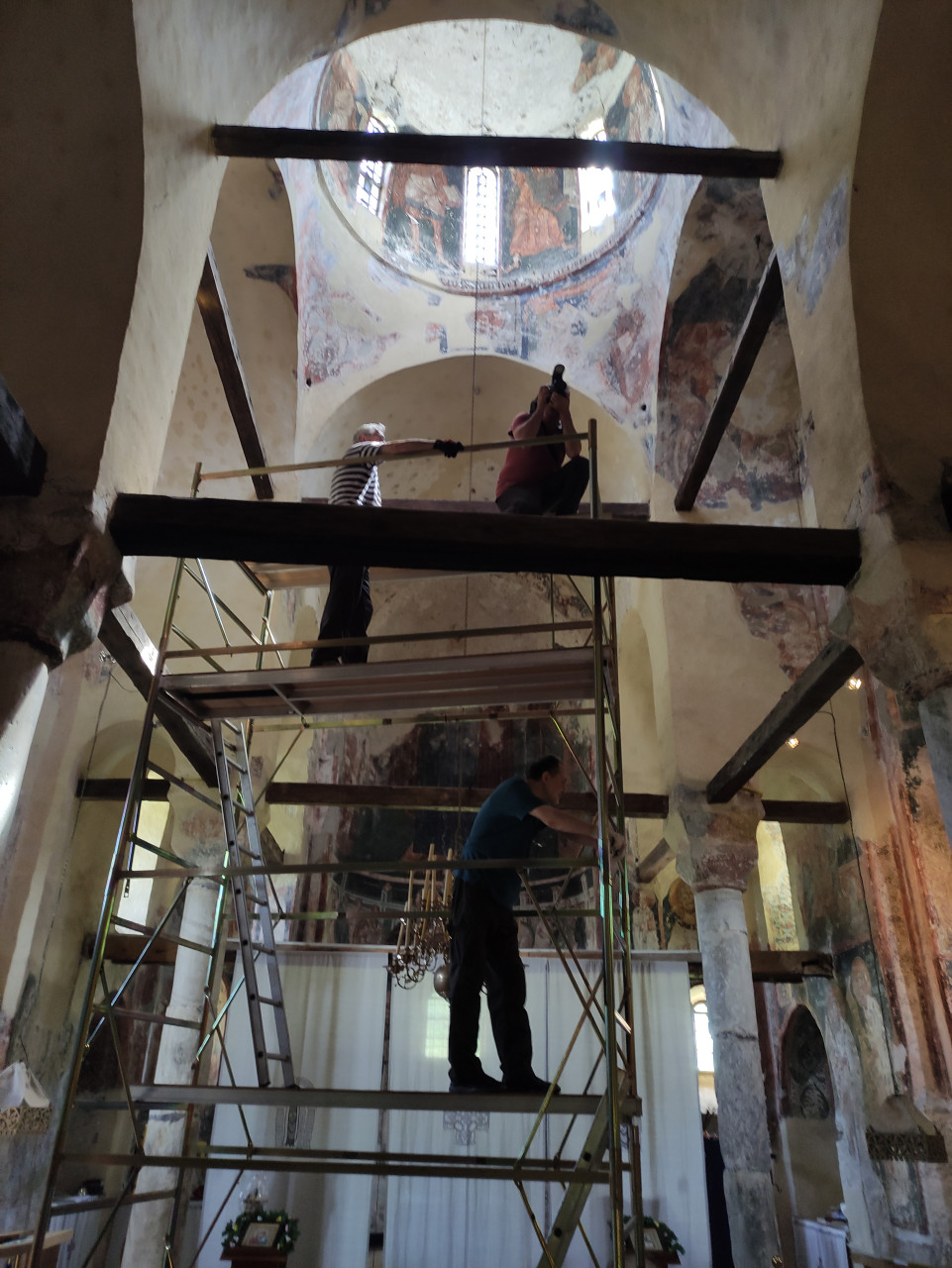 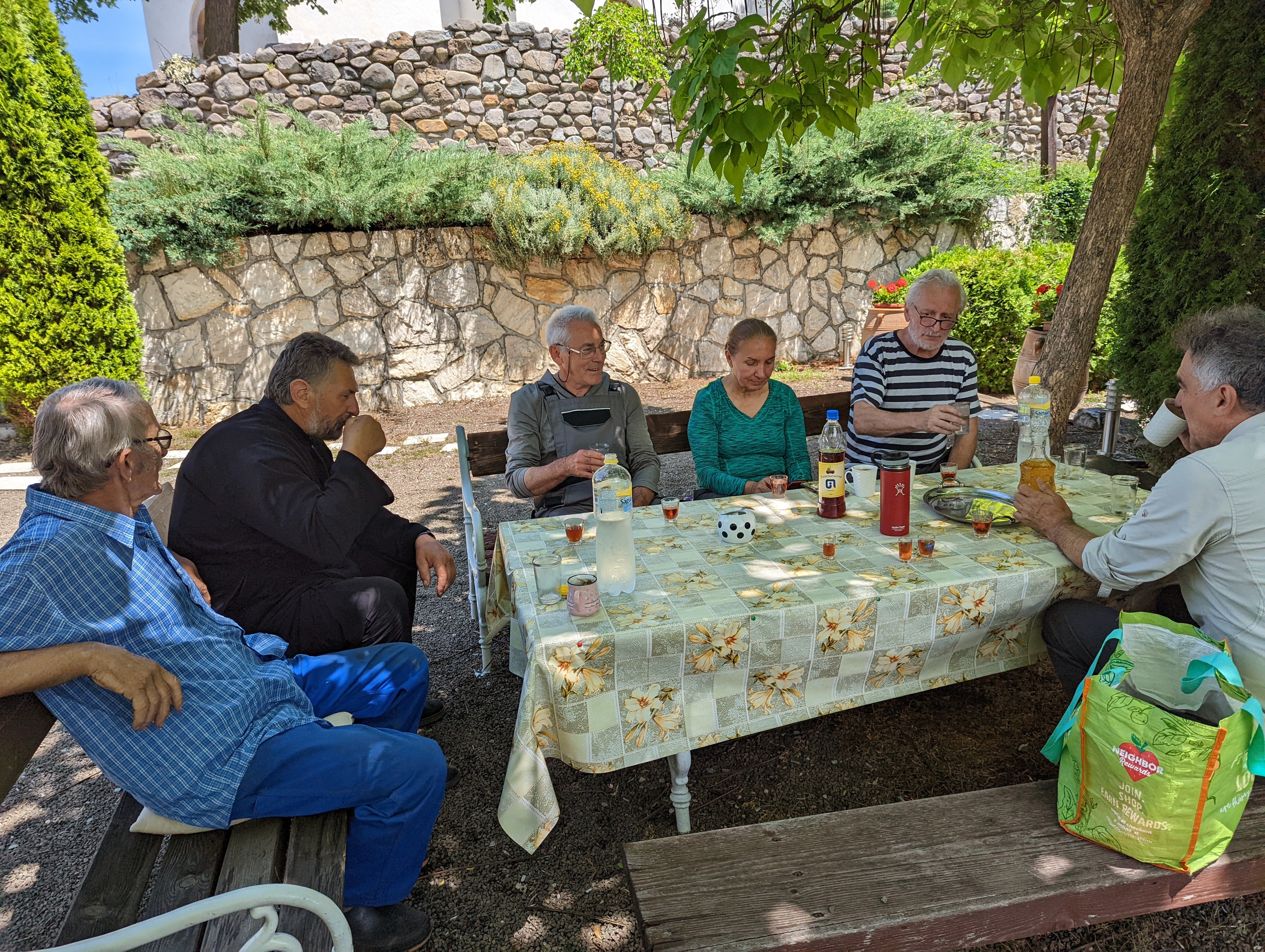 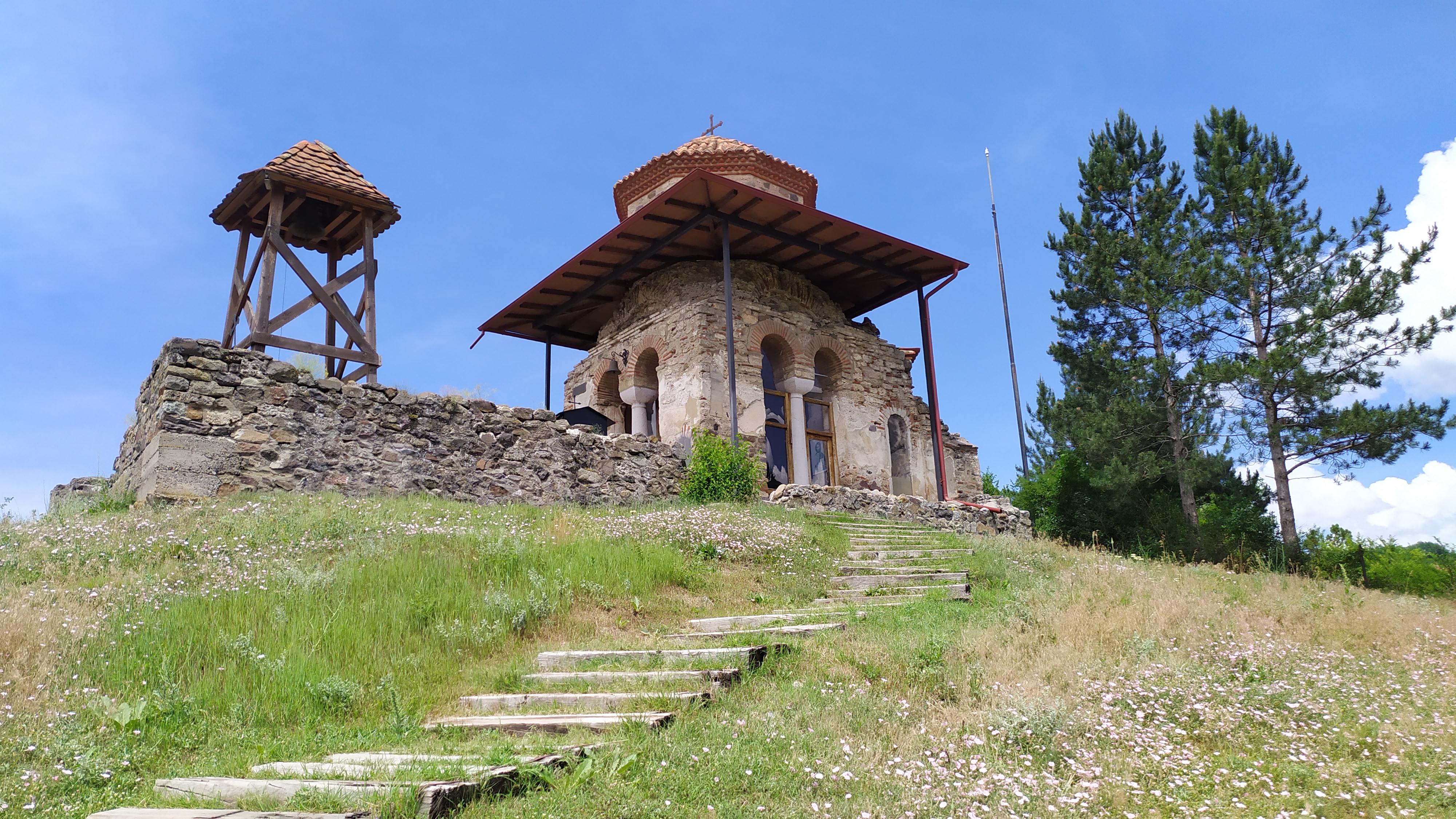 When the scaffolding from the church in Nova Pavlica had been removed and all the equipment packed, the team was ready to head back home. They were filled with a sense of accomplishment that they were able to complete a significant amount of work in a short amount of time.