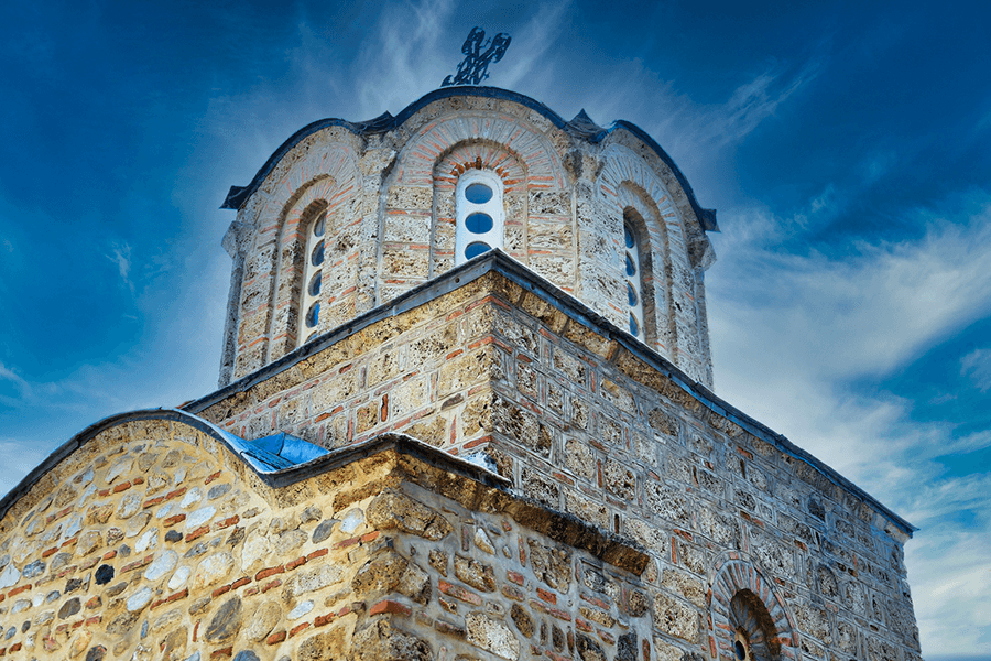 The church of St Nicholas (1331/1332), located in the old town of Prizren (known as Papaz-Carshija), is the endowment of nobleman Dragoslav Tutic (Nicholas in his monk’s days) and his wife Bela. This is confirmed by the fragments of carved in stone donor inscription (Ktetorial) found in the church of St George of Runovic family, as well as a transcript produced in the 19th century.

The church is a one-nave edifice of modest proportions, with the dome resting on two vaults and two leaning arches, with a semicircular apse. It was built of limestone, broken stone, and bricks. Now heavily damaged, the wall frescos were painted right after the construction of the church.

In the conch of the apse, there is a fresco of the Mother of God Wider than Heaven between the archangels, while the north niche contains the fresco of St Stephen, the First Martyr. The pendentives contained appropriate evangelists, but only a fragment of one figure on the southeastern side was saved to this day. The decorative program of St Nicholas consists of Cycle of Great Feast and the Passion Cycle in the higher zones of the church, while on the southern wall are preserved Holy warriors Georgе, Demetrius, and Prokopius. The western wall contains an angel, a guardian of the entrance, and the frescoes of Sts Constantine and Helen. The western vault is occupied by a fresco of the Christ the Angel of the Great Council, while the triumphal arch has a fresco of the Hospitality of Abraham. In the niche above the entrance was a fresco-icon of St Nicholas with Christ and Virgin Mary. The inscriptions are in the old Slavic language; however, the Greek inscription is accompanying the figure of St. George.