A new collection of the church of St Nicholas, Ramaća, is now available on our website. At the foothills of Rudnik mountain, 25 km from Kragujevac, is the picturesque village of Ramaća with its old church, known by its folk name Kumanica, currently dedicated to Saints Constantine and Helen. The church was initially dedicated to Saint Nicholas, as can be deduced from the saint's image within the Founders' composition and the extensive cycle of his miracles. The time of building and painting the church is unknown, nor the founders' identities, whose portraits are preserved on the south wall of the nave. Dating hypotheses were based on the figures painted on the west wall, below the bust of Christ blessing from the segment of heaven. Some researchers think that figures are portraits of Princess Milica, young Prince Stefan, and Prince Lazar; some consider that on the west wall Despot Stefan and his wife, Helena Gattilusio, are represented, while some believe that Despot Lazar Branković and his wife, Despotess Helena Palailogina, are depicted. According to different hypotheses, the painting of the church in Ramaća can be dated to the last decades of the 14th century at the earliest and 1457 at the latest. 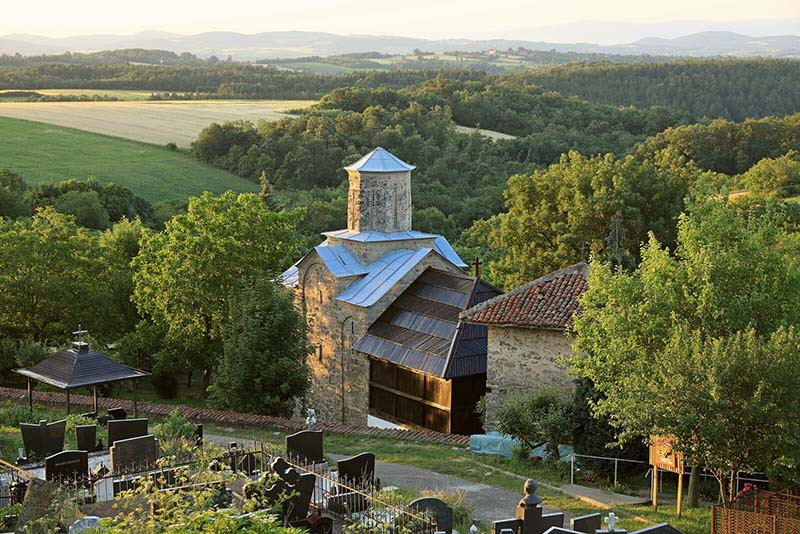 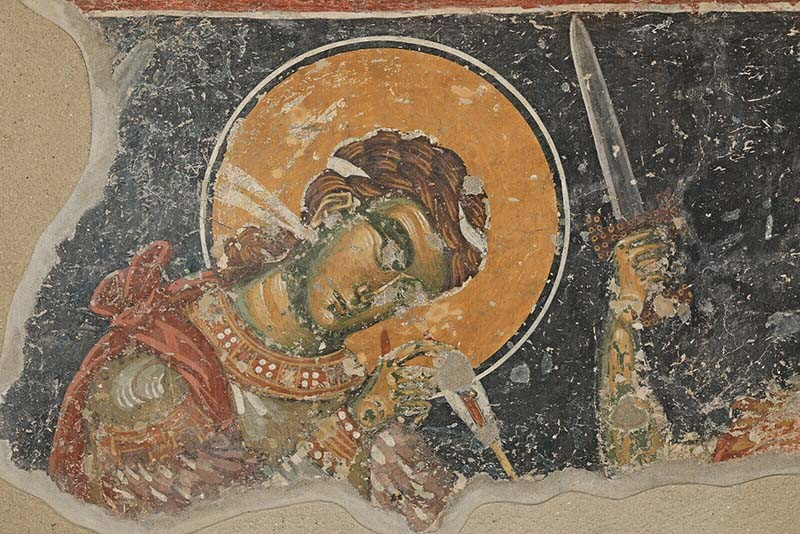 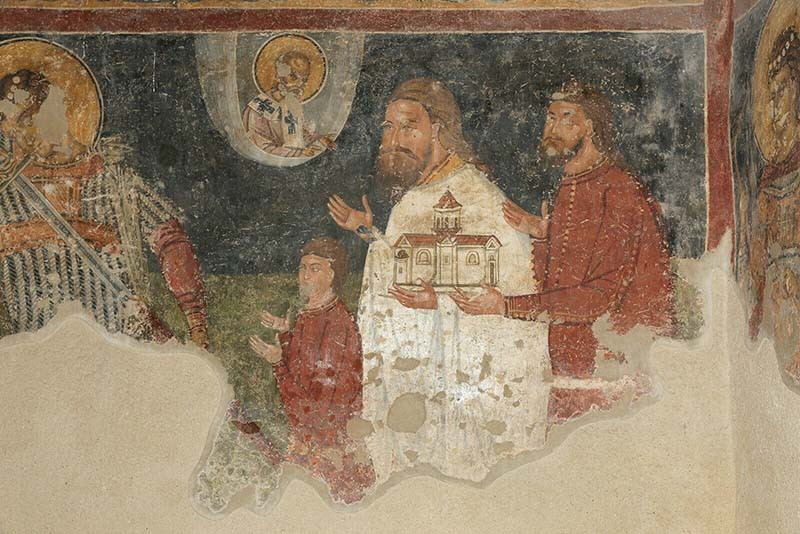